You finally had the last say

But still you plague me deep inside

Words so harsh they made me cry

Words so mean I wondered why

Why did no one know

A way long time ago

That mental illness can be passed

Even to the very last

I thank you Mom, for this gift

I hope it gave you a lift

This so describes me totally.  When I’m at home, I don’t need that face, for there is no one to look at me, except for my cat Mittens.  All those feelings that are roiling around inside of me are there for no one to see.

When it is time to go out, I take the face out of the jar, and wear that one over my real one.  No one then can see the pain, anger, sadness, sometimes rage, and fear, that I feel but are not visible.

What if someone saw the real face?  Would they go running, scared?  I think I would.  When it’s in the jar, I only look in the mirror to brush my hair.  I don’t even want me to see that face.

It would make me very, very sad, but then, I’m already sad.

I was diagnosed with Borderline Personality Disorder many years ago, and have been taking pretty much the same medications over this time. I have BPD. I know I have it. I recognize the symptoms when they get worse. I wouldn’t dream of stopping them, for fear of the consequences.

It has long been thought that BPD was caused by abuse as a child, or some other horrendous trauma experienced when young. It has been brought to my attention that in order for someone to develop BPD, there has to be one or both parents who suffer from this disorder. This disorder is passed on genetically.

Without the genetics, BPD does not occur, despite popular belief, because of chronic abuse as a child, alone. The gene must also be present. I realized a couple years ago, that my mother must have had the same disorder. Based on the way that she treated me, along with the sexual abuse from my father, I developed BPD.

There has to be at least five symptoms a person must have to be diagnosed with this disorder.

I understand now, why I am me, and why I still do many of the things on that list.  Do you now understand me?

We pass each other along the way

You don’t give me the time of day

I’ve known it right from the start

You wouldn’t know what’s in my heart

They see me, but not really

Just another face you see

Who knows that I love to sing

To hear all the church bells ring

Do you know, where I’ve been

Or what I did, way back when

Whom I held close to my heart

With the hormones at the start

They said that it was just a fad

It couldn’t really be that bad

But I’m here to tell you now

You’ll hear me when I tell you how

PTSD, oh how hard it can be.
See things over and over again,
Some things, not remembering them,
Some things I’ll never do again.

PTSD, makes me scared of life,
Growing up, filled with strife,
Used to get the great big knife,
But something keeps me clinging to life.

I see things over and over again,
They hide deep inside my head,
I won’t do this, I won’t do that,
But other things, keep doing this or that.

Programmed deep within my soul,
What will it take to make me whole?
Memories keep rushing to the top,
I don’t know how to make it stop. 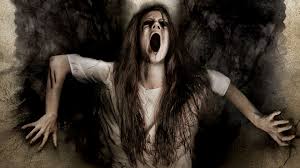 A holiday is drawing near,
For most it means there’s someone dear,
I try to forget the entire day,
But I need to find another way.

I have things I could have said

But I kept my silence instead

Now it’s been over three years

But I’ve not shed many tears

PTSD is what they say

Controls me even to this day

Any love I felt for you

Now the day is drawing near

Honor one who caused me fear

I need to get you from my head

Because now you’ve been quite dead

But words and actions came my way

I lived in fear, most every day

The only thing that I will try

Is to say to you, goodbye.

Laptop finally bit the dust,
Do something else I must,
But whatever could it be,
That could ever entertain me?

There is nothing else to do,
Visit someone, don’t know who.
Wherever could I go to play?
Like I did every day.

Not a part of my life.

Not in my vocabulary.

I wasn’t allowed to feel any of it.

That makes me sad.

It was stolen away before I even knew it existed.

I only felt shame.

I knew that everyone must be able to see it.

I played clarinet in the band.

Not a worthy accomplishment.

I had no friends.

I must have worn my heart on my sleeve.