I want something and I really do not know what it is
There’s a need in me that I just can’t see
There is something I need that is what it is
It is hidden down deep within me.

He can see my entire soul
He can see what I need
He will not lead me afoul
I am still yet just a seed.

What I need is Him in my life
Every day and every night
The evil one tries to bring in strife
I’m trying very hard to fight.

I need Him
He created me
His light never dims
Sometimes I just can’t see. 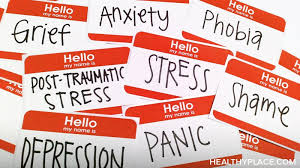 The pain I carry in my heart
Was always there, from the start
Why can’t I get him outta my head
Fourteen years now, he’s been dead

They are not telling me I can be free
To live my life as I should think it’d be
Prepare to get my ducks in a row
The day will come when I must go.

Keep only things that I can use
Without my problems to cause abuse
Good bye my friends, all whom I love
I’ll see you again in the realm above

The home itself was cold as well
Living there, I went through hell
They taught me when I moved a way
That others still had their say

But down the hole, did I fall?
Little by little I changed it all
Every night I sit for dinner
Another day  I am a winner

I keep them at a distance,
I don’t get hurt that way,
If you let them in your heart,
They’re going to leave one day.

I didn’t have a choice back then,
She was always in my face,
I had no time, of my own,
Or my own private space.

Nothing was ever done just right,
Not a thing got past her eye,
Poking in my private stuff,
At times I thought I’d just die.

Try to keep it hidden,
You know you have done wrong,
She’d always find out in some way,
It never took her long. 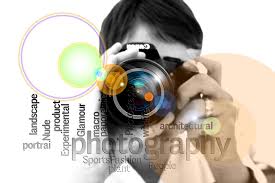 I love this picture!

Being ignored as a child, I wasn’t taught anything that I was supposed to have been. Instead I learned how to lie to cover my butt and save myself a beating. As I grew a little older, it just became ingrained.  I would make up things to explain why something was broken, or missing, or just not satisfactory to my mother.

I do believe that she never had one good thing to say about any of my accomplishments.  I wasn’t real at times like this.  I used to perform music at school concerts. Band, choir, duets, solos, even playing the piano, which she didn’t know I could do.  She was always there because she had to take me there.  But she never said a word about it at any time after.

I felt I didn’t do it well enough.  I wasn’t good enough, and that’s why she didn’t like me.  I learned that at a very young age, but just existed in a world where all these people around me (only in school) didn’t like me either.  I was smart and they didn’t like that.

But one thing that really stands out today, is how I was never allowed to be sick.  She had to admit that I was sick when I came home from Kindergarten with Chicken Pox.  So I missed some school due to that.  Once I was well again, I never stayed at home, no matter how sick I felt.  I had a running total of perfect attendance at school, right up until my Senior year, when my parents and I got stranded in a blizzard and no one was allowed to be on the roads for any reason.

The police took us to the Salvation Army, who took us to this rickety, old hotel, where people actually lived.  There was one room for the three of us.  We spent 4 or 5 days there, I can’t remember for sure, but for me it was pure hell.  But that broke my perfect attendance record.

Now she’s gone and I can go out if I want to, or I can stay home if I want to.  I still feel guilty, though, if I don’t go somewhere that I was supposed to go.  I have to make up a story as to why I wasn’t going.  My reasons were never good enough.  Sometimes I went anyway, because of the guilt I was feeling.  But I’m still never good enough. And just saying “no” is never enough…

What makes a home?
Is it a house?
I live alone,
Quiet as a mouse.

Moved here a month ago,
But still I cannot find,
Does anyone ever go?
I think I’m losing my mind.

My heart is sad,
My head hangs low,
I know it was real bad,
A long, long, time ago.

Don’t do this, don’t do that,
Don’t eat that, it’ll make you fat,
Sit up straight, tie your shoes,
In those days I had nothing to lose.

Things are not the same today,
I don’t do things in my olden ways,
Now, I’m out and own my own,
But is this ever, really a home?

This post was written at Christmas time but never published, so I thought I’d do so now.

It’s a holiday again today,
I’ll be alone most the day,
Only wish I had someone,
Always willing to get up and come.

But the way I’ll share this day,
Do it someone else’s way,
Their home, their food, their family,
I wonder where my family might be.

Immediate family is quite small,
We scattered far in every way.
Not just distance, though it be far,
But talking, sharing, not who we are.

What to do to be more near,
What to do so we can hear,
The sounds of family having fun,
Then the start will have begun.

I woke up, and I do not know,
What has me feeling quite so low,
I know that something’s just not right,
But the answer hasn’t come to light.

All alone, again this day,
How long, this time, will I stay?
Sad and lonely all day long?
Even I know something’s wrong.

I need someone to share life with,
Where each of us will take and give,
The love God said we all deserve,
Maybe He’s holding mine in reserve.

Holding for the day that’s right,
This day is not within my sight,
I feel that it is so far away,
Waiting for that final day.

The day when God will call me home,
The day my heart no longer will roam,
Looking for the love that’s right,
When it’s truly here, within my sight.