Having been born on Halloween, I felt the fear deep in my bones.

I want something and I really do not know what it is
There’s a need in me that I just can’t see
There is something I need that is what it is
It is hidden down deep within me.

He can see my entire soul
He can see what I need
He will not lead me afoul
I am still yet just a seed.

What I need is Him in my life
Every day and every night
The evil one tries to bring in strife
I’m trying very hard to fight.

I need Him
He created me
His light never dims
Sometimes I just can’t see.

I feel very lost and alone
Not even the ring of a telephone
Nothing there, perhaps a genie
I need someone feisty

The fog floats down round and round
It flows through the air, without a sound
Throughout the night, I hear it moan
Telling me there’s no one at home

My heart, has become really old
Leaves my house empty, cold
It will stay, mold and rot
Be thankful for the things you’ve got

I feel nothing, not heat, not cold

It will be like this until I’m old
A heart that feels it needs a jolt
Lock her up, with screw and bolt.

Each memory that arises fills me full of disgust.
I don’t want to go there, but I know that I must.
If I don’t, he still has that power over me.
Something that I really hate to see.

Deep inside the fear is still there,
I hear noises, but I know not from where,
My dreams are feelings disguised as nightmares,
I have to keep pushing, I know someone cares.

When I feel that I can go no further,
How could he ever hurt her?
She was so very young,
Not knowing what she had done.

She is me, behind a mask,
Why is it there, I have to ask?
Why not get it all out in the open,
Where something, for me, can be done with.

My Father will always be there for me,
Even if I can’t actually see.
His Love for me will never fade,
Turning to…

I need say nothing else…

I have been deep into this hole,
I know not for how long.
I now know that it has to be me,
Who starts the climb, but not alone.

My heart, my soul, my mind, and my body,
They all bear the scars,
Of a life filled with abuse,
Thinking no one cares.

But to climb out of this hole,
There are things I need to do.
Take care of myself, for one,
With help from I know not whom.

Eat and bathe,
Let myself feel,
All of that stuff that haunts me,
At times it still feels unreal.

Why did this happen,
To my life,
When I was just a child,
And not wanting to survive?

How did this follow me this far,
When I have aged so much?
I don’t talk it out enough,
Thus my suffering is as such.

But I want to climb out of the…

I feel as though I need to put this one up there again.

All I feel or do today,
Is based on time long ago,
When nothing right came my way,
How else was I to know?

I still feel the fear from days gone by,
The fear I’d feel that hand,
Somewhere not seen by the eye,
How could anyone understand?

They all thought that I was bad,
And I felt guilt ridden,
That life was all I had,
So, I must be bad then.

That little one inside of me,
Is still in there somewhere,
But still, very few really see,
And so they don’t dare to go there.

I feel the need to climb up out,
And stand up all alone.
And to all who can hear me shout,
I don’t want to be cold as stone.

Experiencing difficulties in life is an inevitability. There has never been a singular person on this earth who did not experience a rocky path. Through these situations, though, we learn that it is not our circumstances that define us, but rather, how we react to them.

This week I am honored to share my good friend, Karen’s, story. She and I have been friends for almost 6 months now. I have greatly appreciated reading her posts, taking in her insights, and enjoying the pictures she takes. She is a beautiful lady with a heart for God. Her story is truly incredible. We hope you will enjoy it!

I grew up out in the country in upstate New York 50-something years ago. I had a father who was a pedophile, or whatever else he’d be called today, with his only daughter. Add to that I had a…

I feel deserted, no one is there

Getting used to having no one care

No one knows the depth of my fear

Maybe that’s why they don’t come near

I used to drive them all away

Know there’s nothing I can say

See me here in deep despair

Has me pulling out my hair

They all laugh as though they see

The misery deep inside of me

It’s getting to be easier to take

No longer crying to fill a lake

That lake, I know it is quite deep

And there is where my secrets keep

The way he came, caused me fear

Every time I felt him near

Ended up just another day
I knew that it would be that way
A card from here, a card from there
Getting so I no longer care

Before that day came to pass
Get out the wine, fill my glass
Wait, there is no wine here
The past would rise again, I fear There was no one to bake a cake
And my heart began to ache
For all those years, so much fun
Now, I have no way to run

The monsters look different now,
Changed some way, I don’t know how,
Faces leering, both day and night
I know that things are not all right

If we were having coffee, I would tell you about that squirrel.  During the week, I would look up from my laptop and see a squirrel on my windowsill.  I spotted it about the 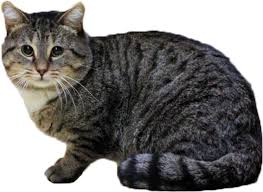 same time as did my cat.  I am so glad the window has been closed throughout the week, due to the drop in temperature that we had.  I’d tell you how that squirrel causes my cat to come running from, I don’t even know where, race through the room and up in the 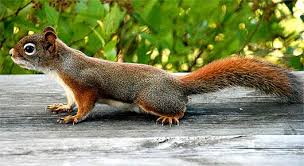 window.  An occasional bird also causes that reaction from her.  I am always afraid that she is going to go right the window screen, and out on the ground. Fortunately, not that the temperature is cooler, the window has been closed, and I can stop worrying about the screen popping out, right along with the cat.  That squirrel has also left a little pile, of what I first thought was dirt, but appears to have shell pieces and other whatnot in it.  It looks like just a pile of dirt.

If we were having coffee, I’d tell you that I have finally started going back to church.  Last night was the second week in a row, and I have been asked to do an additional bit of work for the church.  I now run the Power Point presentation, which contains the words to the worship songs, so there is no need for hymnals in the backs of the pews.  This is a good thing, since we don’t have pews, but just rows of chairs on a gym floor.  I’d tell you how I started going to this church just one month later, from it’s beginnings in a rental arrangement with 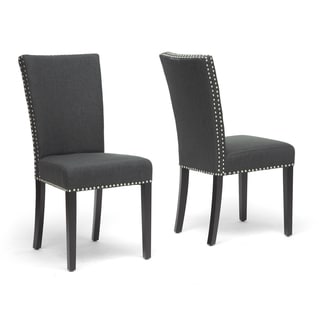 another church.  Since those early beginnings, we have moved three times, in eight years.  We moved from one church building to another, and that place became too small, due to the growth in numbers of churchgoers.  I’d tell you how we moved to a new location, with a larger sanctuary and adequate space for growth.  Unfortunately, due to the passing of the pastor at that location, the bills didn’t get paid and the church was closed after the electricity was cut off.  The first week after that happened, we didn’t have a church service, because we had no place to meet.  Then came another location, with rows of chairs on a gym floor, and that is where we have been since then.

If we were having coffee, I’d tell you how this church is not like the church your grandma went to.  The pastor, who has a beard which has grown to mid-chest level, and long hair, which is tied back in a pony tail.  He comes in wearing any shirt, possibly the one that he has worn all day, a pair of baggy blue jeans, and a leather vest, covered with pins and patches on the front, and the church logo on the back.  I’d tell you that if you were not a regular churchgoer, you would be surprised and feel comfortable there.  We are a biker church.  The church tagline is, “You don’t 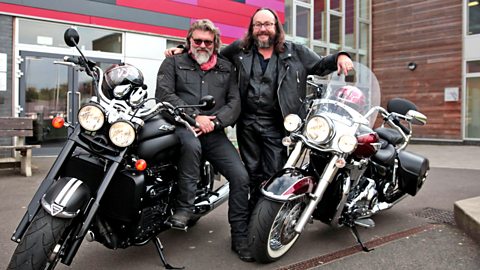 have to ride to come inside!”  We don’t sing regular, but instead sing contemporary Christian songs, as well as some well-remembered songs from the 70’s and 80’s, which have had some of the words changed, to make it a song we would sing in church, as well as take home with you, in your head.  I would tell you that the pastor does not preach from the Bible, but rather teaches us about what the Bible has to say.  There is a mixture of messages, some or most of which often causes laughter.  I would tell you how, if you didn’t go to church (something I did throughout the entire summer), but wanted to know a little more about church,  if you came and listened to my pastor give his message, you are quite likely to come back again.  We are jeans and leather friendly, but you can wear most anything you feel comfortable in, as long as you are actually wearing clothes.  I would tell you that the way he gives his sermon, you learn about what is written in the Bible, as well as how it applies to us, even today, and have a website which I (as the church’s Webmaster), have revised, and then re-designed, and is chock-full of information about our church.  I would tell you that I’m going to do yet more redesigning of our church website, making it suitable not only for your computer, but also your tablet and even your phone.  I am going to be working on that project this afternoon, and hopefully will get it all working the way we all would like.