If we were having coffee, I’d tell you that I’ve been feeling rushed, though I had no obligations during the week.  I’d tell you that time is just rushing toward the end of the month (8 days, not counting today), and for me another birthday.  I don’t know why they seem to be coming faster and faster, and the numbers just are rushing up that ladder, to meet my maker and account for myself in front of Him.  I’d also tell you not to worry, I do accept that fact, but I don’t plan on going up that ladder this soon. It does seem that I won’t be able to define myself as ‘middle-aged’ for much longer, but will be progressing into the ‘senior’ category.  But I worry not.  I’ll try to graciously let the man hold the door open, so that I can get my chair in without it getting schmooshed.  (Spellcheck is trying to tell me that is not the correct spelling, but it’s not offering me any other word).  I did get schmooshed one day, when I was headed in for a cup of coffee.  I wanted to report it to the manager, but he conveniently was absent, but would be given the message when he returned.  And guess what!  He never called me back, even though I called them over and over again.  Side note here, while I was writing the part about McDonald’s’ doors, a McDonald’s ad started on Pandora.  I didn’t pay it much attention, and they weren’t advertising their coffee. 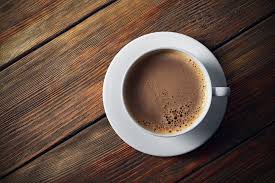 If we were having coffee, I’d tell you that I only have a week left, before that birthday (hush, don’t say it aloud) arrives.  I’d tell you there is a funny little blurb surrounding that day, because I was born two months early – on Halloween day, smack dab in the middle of the day.  It was convenient for my dad, because that year Halloween fell on a Saturday, so he didn’t miss too much work due to  my birth.  I would tell you that I didn’t lag behind with growth, though I did have to spend my first week on earth, in an incubator.  I’d tell you how before 1960, they used pure oxygen in incubators, and a fair amount of babies grew up blind.  I am fortunate in that I wasn’t in there very long, so the damage to my eyes is minimal, but visible to the opthamologist when he dilates my eyes.  One year, the eye doctor asked how premature I had been when born.  He could see damage to blood vessels in the back of my eyes.  I have been wearing glasses since I was 7.  I would tell you that I tried contacts during the early 1990’s, but due to astigmatism, I had to wear rigid, gas permeable contacts, and even then I had a difficult time removing them because they would form a suction to my eyes.  After a year or so, I gave up.  Now I’m too old to worry about vanity.  In fact, I’m wearing no-line trifocals, with a pair of (purple) reading glasses nearby.  I’m wearing a dark, pink pair of glasses, but I’m due to go to the Opthamalogist (apparently I’m never going to be able to spell that without the help of a dictionary (Wait.  Does anyone actually use those big, old books anymore?  Do I even own one?)  We would laugh about that for a bit.

If we were having coffee,  I would tell you that the coming week is also be difficult due to the fact that my depression will be triggered by the end of the math, as it was at the beginning of the month on the 1st, because my mother passed away four years ago that day.  I’d tell you that becoming depressed over that doesn’t really make any sense, because my mother was one of my abusers, during childhood, and even so as an adult.  I’d tell you that there is a good side to all of this.  A few years after my father died in 2004, my mother met, and moved in with another man, though they never married.  I call him my step-dad, even though my mother is gone.  He is about the only person that calls me, to just hear me and know that I am ok.  Neither of my brothers call me, but the youngest one still is in touch, as is his wife, who texts me any old time (a couple of weeks ago, while I was leading Bible study, a minion started laughing and telling me that I had a text message and it was my sister-in-law.  I will try to keep busy and upbeat (?!) this week, and not thinking too much about my birthday throughout the week.  I would also tell you to have a good week.

Talk to me, I'd love to hear what you have to say. Cancel reply